WAO Is Me...American EHRs Are Not The Answer for NHS Wales

The recent report by the Welsh Audit Office (WAO), “Informatics Systems in NHS Wales” has some interesting points. Only some which should be taken seriously.

It is sometimes easy to become defensive when you work for the institution that is perceived to bear the brunt of most of the "issues" but there are some problems with their logic. For example, the report issues clear statements of the blindingly obvious such as the chronic under funding of informatics (which is hardly news). The classic Derek Wanless 4% juxtaposes the real world “less than 2%” estimated by the report showing great descrepancy. Then, with classic sleight of hand, the WAO then describes that cost estimates to deliver the Strategic Vision for WalesTM “could be optimistic”. Maybe they are. But Section 19 of the Executive Summary delivers mixed messages and clarity only comes from pages 41 to 45 of the main report.

While I don’t intend to go through the report line by line (there’s little return of investment of my time for that), a few sections in the report are troubling. Section 1.6 (p.24) is one such section, with statements on the evolving global health informatics market and a comparison to the USA. I believe, very strongly, that comparing the U.S. health IT market with that of the UK is folly. Despite the acknowledgment that the respective markets are indeed different, the comparison should have no place in this report and is compounded by the foolish association with open source within the section. This is not even like comparing apples and oranges. This is like comparing an apple with a giraffe. 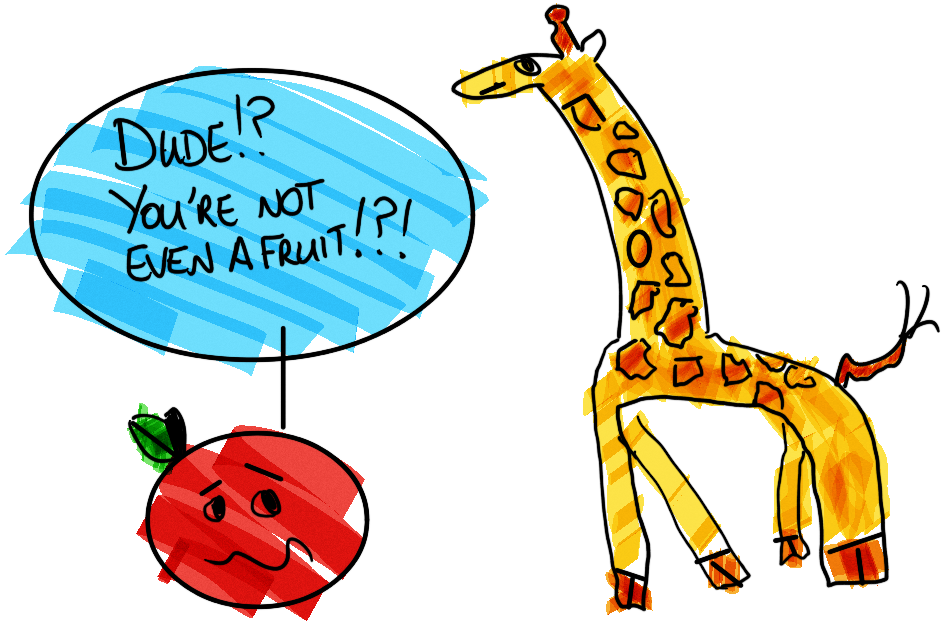 Performance Tracking Does Not Increase Efficiency

The US health care market is predicated upon the ability for the patient to pay in some form, principally through an insurance scheme. And for a capitalistic market economy to support this, quantification of the activity is mandatory. Like any business, you have to know your supply chain and American Health is similar to Amazon in that regard. So it comes as no surprise that Apple (as well as Jeff Bezos’ bunch) are targeting HealthCareTM.

Payment based on activity is not alien to the NHS. For years General Practice has derived funding from the Quality Outcomes Framework; a mechanism to renumerate for certain services and activities that have been provided. One principle criticism of this is that payments are dependent on factors such as health policy and has become a moving target. But it does this to maintain quality and patient safety standards in General Practice, and describes itself as an “annual reward and incentive programme”. It is not a factory assembly line.

With the focus on the minutiae of the activity being recorded, it comes as no surprise to find that the emphasis on patient care is being lost with the large American EHRs. One such negative consequence is that American Doctors are leaving the profession as a result of the incessant demands placed upon them EHR data entry.

While this could be taken in isolation as the point of view from a handful of disgruntled physicians nearing retirement age, the burden of usability is a particularly heavy one if the aim is to record every chargeable facet of the health care process. There is inevitably a trade off to be made with the spectre of reduced efficiency and fragmented workflow looming large.

Another irony in the WAO report is the allusion to openness. In the same paragraph as the above comparison, the sweeping statement that “open source technology, which is available to use and develop for free,” is used as a proxy for a lack of innovation. Ahem. Let me clear my throat…

This statement is ignorant on many levels, but at the most basic the inference that open source software is not currently used is patently wrong. It’s used already to great effect in NHS Wales with Apache Solr being the most public example (the same search engine that powers Netflix). Open Source is not really free software, unless it is something that can be intuitively used and has no training or service overhead. Nationally deployed, enterprise grade services have to have support and redundancy built in and this implicitly has an implication on resources. It comes as little surprise to see the drive for open source desktops and office packages in the last decade to get rolled back when the complexities of support and file formats rear their ugly heads. That’s not to say it is not a noble pursuit, but certainly easier said than done.

My first real world encounter with Open Source left me with the notion that it was nothing more than an attempt to charge more for services “now that licenses were free”. Indeed, there was little difference between “software as a service” and “plain bloody old service” in that example. Since then I've had my eyes opened a bit more.

While it was an extreme case, there was truth in the suggestion that the work would need to cost money. After-all, there was a system to be developed, and systems don’t grow on trees. Open Source inherently has an issue with people being paid for the work they and it has been shown that open source can be sustained in a scalable way (as discussed here) but the mindset has to change for developers. For the unenlightened, a neat list of Facts About Open Source by Seref Arikan is well worth a read.

Therefore the WAO statement is at best misleading, and could leave Informatics Muggles labouring under a misapprehension. After all, you still have to pay the people to develop and support the “free” software as we have unfortunately not yet discovered a cave filled with code savvy Oompa Loompas hidden somewhere under the Brecon Beacons. Open source has never, and will never be a magic bullet.

Section 1.15 follows the opening up of the Once for Wales debate. I won’t talk about what this phrase means here as it is an “all things to all men” discussion, but interesting that the conversation is now more in the public domain.

The mention of interoperability, and common standards is once again an obvious yet welcome point. But the weight of complexity is given short shrift by the report which I find disappointing. The subject is much wider than can be constrained to the Once for Wales argument. Significant swathes of NHS Wales regularly converse digitally with NHS England and therefore interoperable standardisation has a broader definition.

Additionally, considering the comments on the evolving informatics landscape earlier, it is strange to find little mention on process based interoperability. For a profession that prides itself upon care pathways and NICE guidelines, process (i.e. ‘clinical’) interoperability is at least as important as technical and semantic. Hopefully this will be picked up by the national board when they look at this subject. But I’ll leave the interop points there as I’m working on another article that discusses the Holy Triumvirate of Interoperability. 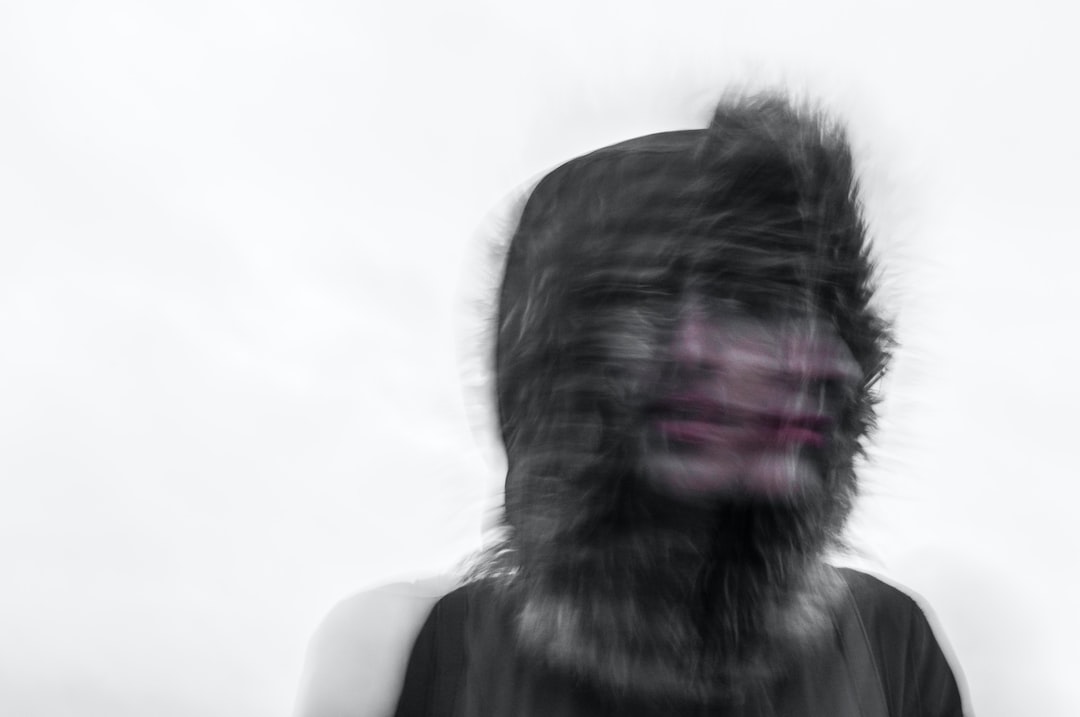 Where the report misses a trick is in the description of an open platform, and again the irksome US market comparison comes back in. The US market needs data to be retained for financial use. Providing you can get the various required reports out, access at the data layer is not needed. I’m sure the likes of Epic and Cerner can provide a multitude of different reporting views, and yet it’s interesting when a place like Salford Royal deploys an additional clinical data repository to work alongside the e-hospital megasuite.

What is the e-hospital system missing if the US informatics market is something to aspire to? The elephant in the room is that innovation can flourish where there is funding, and the US Healthcare market has plenty of that. But it doesn’t do that in an open and collaborative way, despite what they claim with American Hospital CEOs decrying the stifling innovation. James Hereford, CEO of Fairview Health Services in Minneapolis is not pulling his punches by saying

"that one of the biggest impediments to innovation in healthcare is Epic, because the way that Epic thinks about their intellectual property and the IP of others that develop on that platform”.

Epic then countered with a statement on their commitment to interoperability by having providing the App Orchard APIs. The irony must have been lost on them if they define interoperability on whether you have Epic as a prerequisite...

As Gartner’s Mike Jones mentioned in 2017,

"the traditional model of having an EHR on it's own, as sole tech to innovate an ecosystem around is flawed, you need an open platform”.

This is a trend across the globe and has added a tail wind to the recent enthusiasm for OpenEHR as part of this platform. Regardless, closed systems and pure technical interoperability have only gotten the health market so far. Part of the solution for NHS Wales (and the world) is to use the word 'open' in the right context, and build off of it.